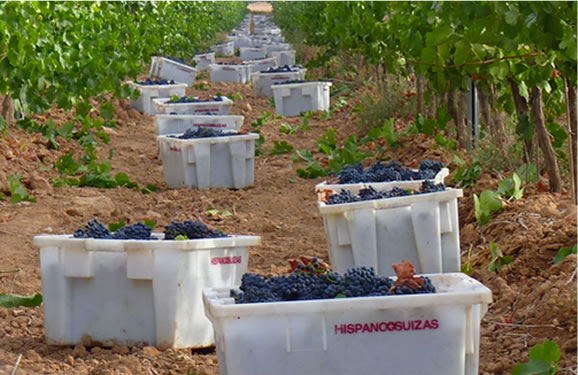 The grapes are collected in special boxes, each one weighing just 15kg. We only harvest in the morning in order to keep the grapes at an optimum temperature until they reach the winery. The pickers only select the healthiest, completely mature bunches of grapes. 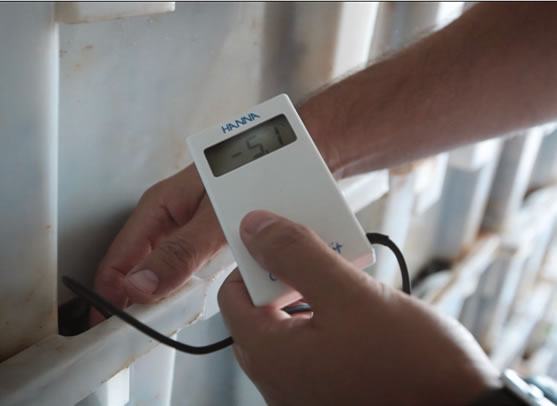 Once at the winery, the small boxes are stacked on pallets and put into two cold storage rooms where they remain for three days at a temperature of -10°C. 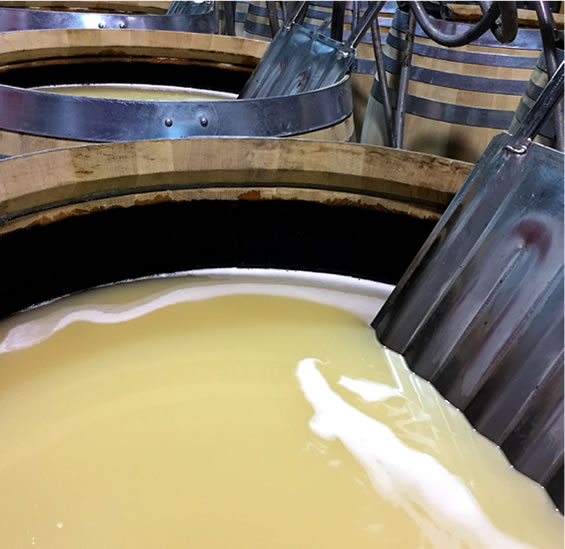 We select the grapes box by box followed by destalking and crushing.

For the wines and the base wine for the cava: We put all the crushed grapes into a temperature controlled stainless steel tank and subject them to a cold peculiar maceration for more than 36 hours. The grapes then are put into a pneumatic press and gently pressed at no more than 0.5 bars. The must that is extracted from the press is decanted in a static position during 24 hours. Only the clean must is taken and put into the new American oak barrels, with a capacity of 400 litres, to ferment at a temperature of 14°C. Once the fermentation is completed, the wine is left on its leas until is bottled. 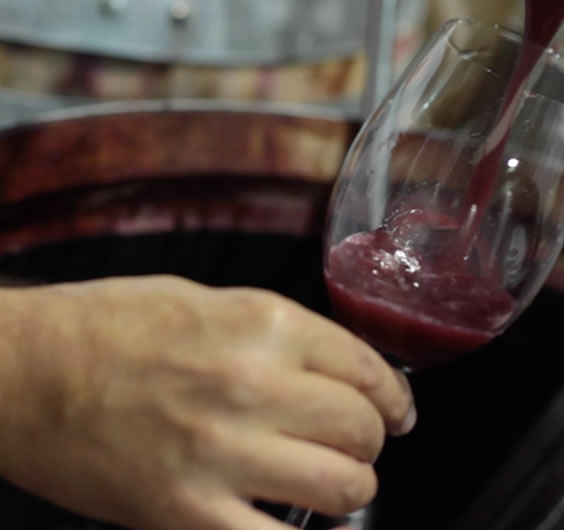 We select the grapes box by box followed by destalking and putting the grapes into new American oak barrels with a capacity of 400 litres where we have previously removed the top of the barrel.

A stainless steel panel with chilled water running through it is placed in each barrel in order to cold macerate the grapes at 8°C for 4 days. Every day we manually submerge the cap, the mass of grape skins, barrel by barrel and once fermentation begins we turn off the chilled water. The temperature in the barrel can reach a maximum of 26°C during fermentation. 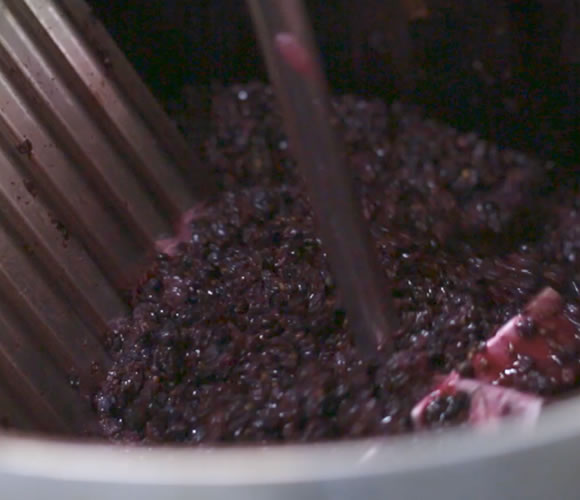 We only use pneumatic presses at a pressure of 0.5 bars to avoid squashing the pips. Pressing the grapes with low pressure gives us a very low quantity but very high quality must.

During the pressing of the red wines we use the barrel as a mode of transport and with the help of a large funnel we pour the fermenting wine into the press. In the case of the Cava Rosé, Tantum Ergo Pinot Noir, the previously chilled grapes are pressed immediately in order to extract from the skin on a small portion of the colour that provides this particular this particular rosé colour. 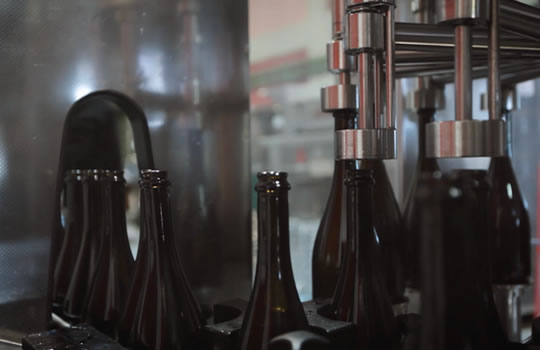 In order to bottle to the highest standard we have a mobile bottling line that allows us to work to the strictest standards of quality and hygiene under our constant supervision and control of the wines. We box the bottle wines manually. 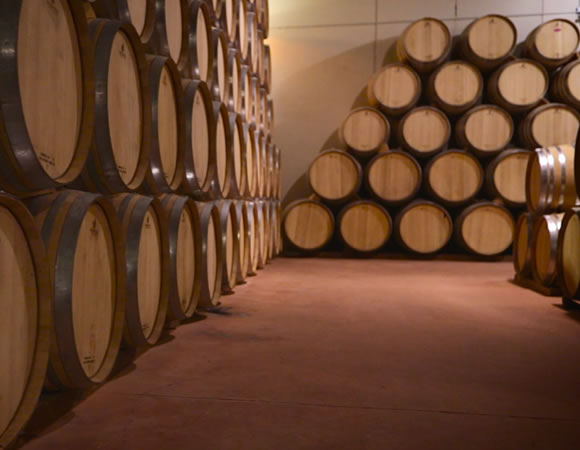 We only age our wines in very high quality French and American Oak barrels. The French Allier barrels are 225 litres, medium toast plus while the American barrels have a capacity of 400 litres.

Each of the grapes varieties is aged separately and the final blend being made only days prior to bottling, giving each variety the optimum length of time for ageing. 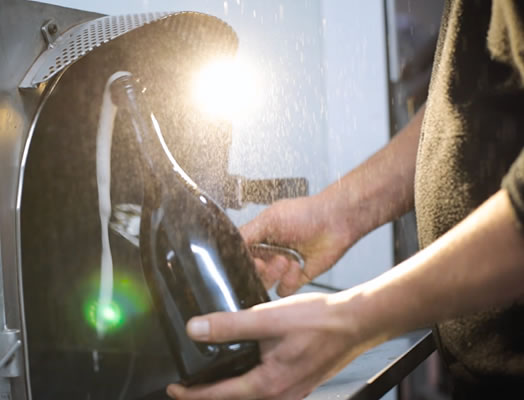 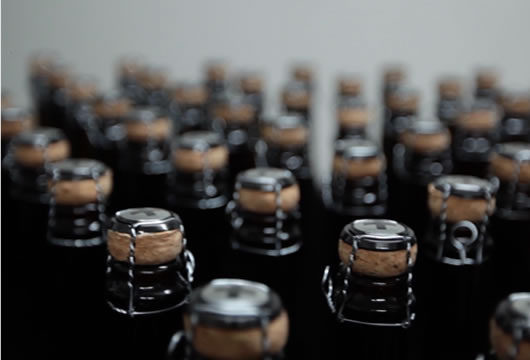 Following fermentation in barrel and batonnage on leas, we bottle the base Cava adding yeast and cane sugar, called ‘tirage’, for the second fermentation in bottle. We leave the bottles in special pallets for this process, the fermentation takes place very slowly at a low temperature, in this way the bubbles are wall integrated and the wine is smooth and delicate on the palate.

Depending on the cava and its evolution we leave it to age for several months or years at a stable, controlled temperature. After, we taste the cava and feel that it has the elegance and finesse that we are looking for it is then disgorged. This is done manually in small lots. The cava is now clear with the lees, which adds body and richness, now settled in the neck of the bottle. To remove the lees we freeze the top of the bottle where the lees have settled, then remove the crown cap, used because it can withstand the pressure during the second fermentation, then lees taken out. We then replace the lost cava from another bottle of cava already clarified following which we insert the cork and put wire around it to hold it in place. Putting on the capsules and placing the bottles in boxes is also done manually.

In Bodegas Hispano+Suizas we use only the best grapes, selected and hand-picked in our vineyards and fermented all varieties in barrels of 400 litres temperature-controlled, looking for the ultimate expression of aromas and flavors.

Are you above the
legal drinking age in your country?

We use cookies to ensure we give the best user experience on our website. Your continued use of this site assume that you agree our cookies policy.Acepto